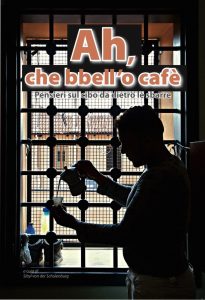 At that time I did not realize what Professor Galli wanted to say. I was too self-centered and often not attending classes, including the day they killed him in the corridors of the State University of Milan.

Many years later, the cultural broth in which that seed was immersed was enriched with psychological knowledge, and suddenly I understood what the professor had been trying to teach his class of college students. Psychology studies as a mature adult provided me with the tools to evaluate some common myths, compare legal concepts with others of a psychic nature, grasp some causes of human behavior, understand the functioning of the brain, and I finally realized something that is perhaps not obvious to everyone: people change.

This principle led me to do something for prisoners, first establishing the literary award Writers Inside and later the culinary award Chefs Inside, both now held by the Association Artists Inside Onlus. With pride and satisfaction I can today announce the event of October 2, 2015, at the prison in Milano Bollate, where we will celebrate the awarding of both prizes.

On October 11, in Padova, together with the president of the jury, Lella Costa, we will present the two books stemming from the awards.